My name is John and I have IBS

I have pondered about writing this blog post for some time, but the time has never seemed right, until today. I hope that perhaps it will help someone understand or deal with IBS

"Irritable Bowel Syndrome is the name given to a longstanding illness consisting of frequent abdominal discomfort and bowel symptoms that cannot be explained by any other disease."
[source IBS network.org]

There are many triggers for IBS episodes and although some are common to all people, others are very specific to individuals. I believe that after receiving a diagnosis, the most important thing you can do, is identify your triggers.

Although I have considered myself as having a sensitive stomach for most of my life, I was not diagnosed with IBS until about 5 years ago. Finding and avoiding triggers has been a part of my life for each day of those 5 years.

IBS suffers can experience a range of symptoms. The condition can be broken into subsets of IBS-C or IBS-D, the suffix letter being constipation or diarrhea. Very lucky people like me have IBS C&D.
Along with sudden onset bowel movements, most sufferers have abdominal pain of a similar intensity to a stitch, generally in the left side just behind the belt line. This stitch like pain can last all day.

The last section of the intestines. the colon, is a muscle tube that pulsates in a wave like fashion. Initially it is easy to think that eating a trigger food, such as raw onion, results in an urgent visit to the toilet, because the food is going "straight through the system" In reality the onion entering the stomach triggers a spasm affect lower in the colon, which can make it move previous meals rapidly, diarrhea, or cause the colon to freeze, again painful but resulting in constipation. The sigmoid colon is where most pain occurs. 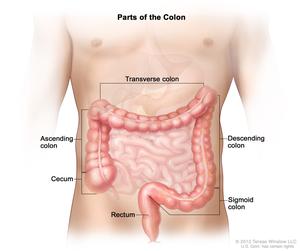 The process of diagnosis is actually more ruling out other potential problems. For me the final indicator was a colonoscopy. The nurse who did my prep, reassuringly told me that most people don't need a sedative for the procedure as it doesn't hurt, then tagged on "unless you have IBS and then you may feel significant discomfort". I remembered those words during the procedure, as I was bent double in pain, begging for a bowl as I felt sick and with a nurse pinning me down to stop me moving. The procedure was cut short with the doctor saying "It's IBS"

As I wrote earlier the daily life of a sufferer is finding and avoiding, or at least coping with, triggers. Medication available is in the form of antispasmodic tablets. I now resort to taking the tablets only when I have sustained painful episodes.
My eating habits are now very predictable. Those that know me well think I am really boring, always ordering the same meals in restaurants. The reality is, it's safer to stick to what you know than risk the effects whilst out.

Different for everyone, but here are some of mine

Onions especially, raw on a salad, or fried onion rings.
Spicy food, hot curries and seasonings.
Too much bread.
Non soluble roughage such as bran and rye.
Excessive amounts of red meat.
Too many vegetables.
Green leaf salads, rocket, kale etc.
Just eating a meal prepared in a different way than I am use to.

In addition to food triggers, stress can cause episodes too, including.
Confrontational situations.
Interviews, tests, worrying about other illness's, doctors appointments.
Public speaking or standing in front of people to teach.
The worst and most ironic situation is fear of not being neat a toilet. This last trigger can be debilitating and self fulfilling if you let it!

The IBS network produces cards you can keep in your wallet for emergencies. IBS sufferers also qualify for a RADAR key to access locked toilets.

Soluble roughage such as porridge and boiled rice.
Eating porridge every morning changed my life for the better.
Swapping battered fish and chips for pan fried fish fillet and rice also had a great affect.
Stick to foods you know and trust, unless you feel the enjoyment of a meal outweighs the consequences.

The stress related triggers are harder to manage. These are best done with relaxation and breathing techniques or if all else fails, go to the toilet twice before the event starts !!

If you or someone you know has IBS its not something that is easy to speak about, but that is just because we don't speak about it enough.

Blogging without readers is just a diary. So thank you for visiting RJRDaydreamer. I have no paid advertising on my blog as I'm not here to try and earn money. So what are my motivations and aims ?
Share
Inspire
Motivate
Make you smile !

People sometimes wonder why I'm a blogger. I started RJRDaydreamer for several reasons. As well as finding it relaxing to empty my brain, I like being creative.
I have things to say, even if people choose not to listen.
I like the Blogger community it is full of diversity and generally good people.
So if your here for the first time, chill for a while. If you like what you read, follow along, tomorrow is another day and another post at RJRDaydreamer

I survived another one !

There is a lot of discussion about "Do Follow" and "No Follow" links at the moment.
As I don't accept paid links or advertisements RJRDaydreamer is set as completely Do Follow blog. If you leave a comment with a link back to your blog, it will allow Google to follow that link and potentially help your own page ranking.
Comments that are obviously used as an attempt to advertise a commercial product or site usually get stopped by the spam filter and even if they don't they get deleted.